A sensor for astma 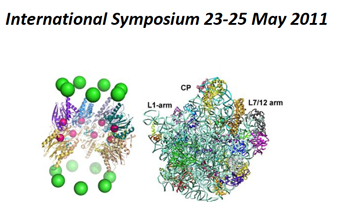 A sensor that can determine the severity of asthma 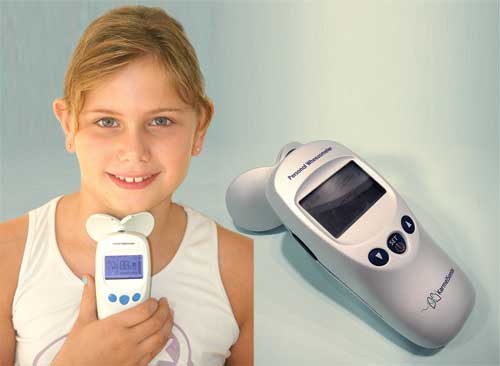 A new ‘wheezometer’ developed in Israel, helps asthmatics discover how serious an asthma attack is, and whether an ER visit is necessary.

If a child wakes up with a fever, a simple thermometer check can give parents all the information they need when they speak to the doctor. But if a child wakes up wheezing from an asthma attack, how can parents and physicians judge if it’s mild enough to be handled at home or serious enough to warrant an emergency room visit?

That’s one of the dilemmas now solved by KarmelSonix (http://www.karmelsonix.com), an international medical device company with R&D, engineering, quality assurance and clinical support staff in Haifa.

KarmelSonix’s acoustic respiratory monitoring devices consist of three product families that all have key regulatory approvals, including FDA in the United States and CE Mark in Europe: the portable Personal Wheezometer for spot checks at home and the physician’s office; the WHolter wheezing and cough recorder, which monitors and stores breathing data for eight to 24 hours to detect exercise-induced or nocturnal asthma; and PulmoTrack, in use at more than 20 hospitals in the United States, to monitor small children, the elderly and acute asthmatics.

“Our technology relies on novel sensors that listen to the presence of wheezing sounds as air moves from the nose through the airway and into the lungs, and a companion smart algorithm interprets the sound data and links it to clinical outcome,” says Ross Haghighat, interim CEO of the company.

Wheezing occurs when the airways are constricted and the person must apply greater effort to push air into the lungs.

“We monitor wheeze rate, which is clinically linked to the presence of asthma and inefficient lung function. It can occur at different ages and can have complicated side effects, especially in children,” he says.

“There is no current way to quantify the severity of asthma,” Haghighat continues. “We are working towards developing such a severity scale. This brings a way to quantify wheezing into the hands of clinicians, parents and chronic asthmatics, which becomes a powerful tool in the treatment of asthmatic patients.”

Haghighat points out that nearly 20 percent of all US emergency room visits between midnight and 5am are related to respiratory problems. Many of these patients are asthmatics and report to the ER at the instruction of their physician, who has no way to quantify the severity of the episode. But a large proportion of these visits, which each cost more than $1,500, are not necessary. Using the portable Wheezometer, costing a few hundred dollars, can help bring down the number of ER visits.

The Wheezometer provides a wheeze rate output in less than one minute. “The device is placed on the throat and ‘listens’ for 30 seconds, then runs an algorithm for 10 seconds. If it shows a wheeze rate in excess of five percent [or more], the patient should seek medical intervention,” explains Haghighat.

The company’s devices have a large potential market; about 10% of the world population suffers from varying degrees of asthma, and the figure is as high as 18% in countries like Australia. They are also helpful in monitoring people with chronic obstructive pulmonary disease (COPD).

“We just launched a service business where a patient suspected of having nocturnal asthma gets our device, does a test overnight and ships it to our site in California — or in Australia, physically brings it to our site – where the data is downloaded and automatically screened,” says Haghighat. “Sleep technicians then log in from Haifa to analyze the data and issue a clinical report electronically to the patient’s physician.”

Haghighat is the founding CEO of Triton Systems (www.tritonsys.com), a product venturing company headquartered outside Boston, which led last fall’s successful investment round in KarmelSonix. The aim was to raise $1.5 million, but by November 2010 the company had received about $2.3 million in investments from private equity institutions in the United States, Singapore and Australia. The figure now stands at about $4.5 million.

“We have been doing portfolio investments in Israel since 2001, and we were monitoring this deal for a couple of years,” says Haghighat, who specializes in leading companies from the technical to the commercial stage.

KarmelSonix has existed in its present form since 2005, when Karmel Medical, a nascent incubator-based version of the company, merged with the Australian firm PulmoSonix. KarmelSonix operates a number of facilities in Israel, Australia, Europe and the United States, and is publicly traded on the Australian stock exchange.

The Israeli staff of 20-plus professionals is integral to managing seven global clinical sites where the devices are being evaluated by leading pulmonologists in Europe, Australia and the United States.