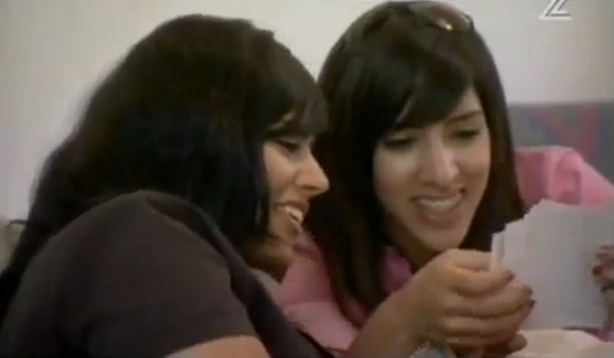 “Anyone who volunteers for national service will be treated like a leper and will be vomited out of Arab society.”

These were the words of Jamal Zahalka at a rally in 2008. He’s a lawmaker with Balad, an Israeli Arab political party. His harsh words were intended to stop young Israeli Arabs from volunteering in Israel’s National Service program. But they are not working.

Israeli Arabs do not have to serve in the Israel Defense Forces (IDF). Today, only about 300 Muslim and Christian Arabs (Muslim Arabs make up three-fourths of the Israeli-Arab sector) serve in a special unit of the IDF. But now they have the option of participating in National Service instead, along with Jewish Israelis who cannot go to the army for religious or medical reasons when facing mandatory conscription at age 18.

Despite the pressures in their communities and from Balad not to participate in National Service, gradually more young Israeli Arabs are going against the grain; this year, about 1,500 Israeli Arabs are enrolled in the program.

An alternative to the military

National Service became an option for Israelis as an alternative to the usual three years in the IDF for men and two years for women. Many different non-profit organizations coordinate the placements, typically in education and health facilities. About 90 percent of the volunteers are women. They serve for either one or two years, receiving a monthly stipend of about $200, and are rewarded afterward with benefits commensurate with time put in. Money earned can be used toward a new business, or higher education after their service.

Israeli Arabs have been joining National Service since an initiative of the Israeli government in 2007 to open Israeli civil service to all populations. Now, as Israeli-Arab Muslims, Christians and Druze look to serve alongside their Jewish counterparts in civil service, they not only gain the concept of “giving back” to society, but also are entitled to the same attractive benefits – which also include better terms on a mortgage, good deals on eyeglasses and social benefits.

One of Israel’s first-ever Arab volunteers is Nasra Hmod. Today she is a confident mother of three living in Ramle, not far from Tel Aviv. In 1994, when she graduated high school, she ran out of options.

“I was looking for a framework to work within and couldn’t find it. For Arabs, it’s hard to find work and I didn’t find the place where I wanted to study,” she says.

Hmod heard about National Service and inquired at Shlomit, an NGO that helps coordinate placements.

“I really wanted to volunteer for the Magen David Adom [the Israeli Red Cross] (www.mdais.com) but didn’t succeed. Then I heard about National Service, and contacted Chaya at Shlomit and told her I was an Arab.”

Almost right away, Shlomit had arranged a placement for Hmod in the emergency department of Kaplan Medical Center in Rehovot, where today she works as a receptionist –– basically the same work she is did as a volunteer, but now she has more responsibilities.

Hmod is a big fan of National Service and encourages other young Arabs to join.

“I lied,” she says, when asked how her community accepted her decision to volunteer. It was only after her year of volunteering was over that she told her family she had been involved in National Service. They wouldn’t have accepted it otherwise, she says. To cover up for her lack of money, she’d told her family that she was in school.

When she met Jews on the job, they would always tell her kol hakavod, a Hebrew expression of admiration, which literally means “all the honor goes to you.”

Hmod encourages young Arabs to do civil service, even though it delays their plans to study, travel or make some quick money.

When Israel was formed as a state in 1948, its Declaration of Independence called on all Arabs in Israel to “participate in the upbuilding of the State on the basis of full and equal citizenship and due representation in all its provisional and permanent institutions.” Though Israeli Arabs are citizens of Israel and enjoy equal rights, many still face discrimination, as minority groups in any Western country generally do.

But through its Administration for National Civil Services in the Ministry of Science and Technology, the Israeli government tries to accommodate all citizens able and willing to complete National Service, and at the end of their term offers them similar benefits to the young Israelis who serve in the army — regardless of religion or ethnicity.

Lior Shohat of the Administration for National Civil Services says that prior to 2007, the Civil Services department was only “inspecting” to make sure that those volunteering were accountable for their whereabouts.

Now, a new kind energy has invigorated the notion of civil service in Israeli society. And while it will probably never be mandatory, a growing number of Israeli Arabs are now signing on.

In 2007, there were about 300 people from this community who registered, while this year among the 18,000 Israeli Arabs of age to volunteer, about 1,500 of them are currently in the program along with roughly 14,000 other volunteers performing civil service in Israel.

Most of the jobs they want to do are similar to those Jewish volunteers are interested in doing, Shohat says — community daycare or helping the elderly in medical and hospital settings.

The mark of a liberal society

The Administration for National Civil Services is slowly winning a difficult battle against the influence of Balad and others like it. “We are dealing with a very big campaign in the Arab media,” says Shohat. “Their campaign is on the Internet and radio, going from town to town convincing people not to join the service.

“They [Balad] tell the young Arab youth that this is the first step is to make them join the army, and they create all kinds of stories that are not correct. If we created a civil service in Israel and did not invite [Israeli Arabs], now that would be discrimination,” he says.

Shohat’s administration works to show young adults, that no matter who they are or where they come from, that getting something from society also means giving back.

Maybe in Israel, getting and giving don’t come in the order that Israeli Arabs would prefer. Many feel that they are not getting the same quality of social services and education as their Jewish counterparts receive. However, as Shohat points out, it’s a two-way-street.

“Most don’t see the issue of giving. They feel deeply deprived and discriminated against. This is their main claim. The young Israeli Arabs are saying, ‘First give us good roads and education, and give us good health services and then we will talk about contributing,’” says Shohat.

But despite all that, the statistics are encouraging. A while back, there was so much demand that there weren’t enough placements for all the potential volunteers, but that’s changed.

Some 70 percent of the placements are arranged and paid for by the government, and another 30 percent are run and subsidized by non-profit organizations, including those that satisfy the political inclinations of any volunteer. Left-wing Arabs, for example, may volunteer through Amnesty International to advocate on behalf of Palestinians in jail.

The mark of a liberal society? “This is one of the perfect examples of how liberal we are,” Shohat responds.

A role model for givers

Chaya Shmuel, co-founder and director of the 18-year-old Shlomit organization, says hers was the first group to bring Israeli Arab volunteers into the fold. Set up specifically to help integrate people other than religious Jewish women into National Service, the pluralistic non-profit organization now also works with members of Jewish religious communities.

In 2011, Shmuel oversees about 500 Israeli Arab volunteers, making sure their time in service goes smoothly and that they get the benefits and services due to them. Going all the way up to the Supreme Court, Shmuel was instrumental in helping fight for the right of anyone who wasn’t a Jewish religious woman to be part of civil service. “The law didn’t allow Israeli Arabs to serve and spoke only about the Jewish religious women,” she relates. “We helped change the law … and we won.”

And now Israeli Arabs, too, seem to be gaining a heightened sense of civic duty to society.

“The most popular reason is that they want to feel like they are equal citizens and they have to give back what they got from the state,” Shmuel surmises. “This is their main point. They also know there are benefits from the service and they need those benefits –– like for university.”

When Arabs sign up for civil service, they can request where they would like to be placed. Though transportation costs are covered for all National Service volunteers, most Arab-Israelis opt for the chance to live at home with their parents and do service in their own towns and villages, she says.

“It’s their choice. They can prefer where to go,” says Shmuel.

She is aware of the fact that some Arab leaders are pressuring the youth not to join Israeli civil service. Many of the young people now, she adds, do not agree with these sentiments. They are seeing things another way.

Do Israeli Arabs now feel that what they get out of society is comparable to what they give? “We believe in it and speak about it with them,” says Shmuel. “We also bring groups of Israeli Jews and Israeli Arabs together – and not touching political subjects, we are speaking about the same problems, as Arab and as Jewish youth.

“The Israeli Arabs say that they want to feel equal. But the Jewish girls and boys are saying the same things. It’s a good experience for them to meet one another,” she says.

Another benefit of having Israeli Arabs as volunteers is that they can directly help their own communities, says Shmuel. When they volunteer for Magen David Adom, for example, the young Arabs can serve as translators for the many Arab and Palestinian patients seeking care at Israeli hospitals.

One of Shmuel’s goals is to foster a greater sense of volunteerism in the Arab community.

“Some of their leaders have told me in the past, ‘You know, we are not used to giving in the Arab community.’ And I do agree, it’s not the same as in the Jewish community,” says Shmuel. But she is a believer in paying it forward, hoping to inspire a new generation of givers and getters.